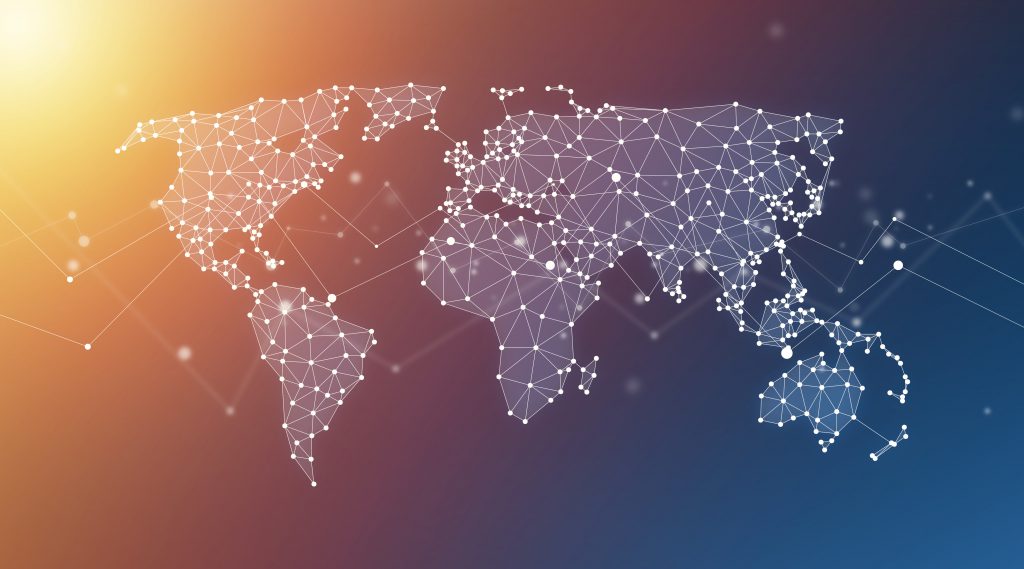 Over the past weeks, I have been reflecting on my next theme for this blog. The last one, months ago, suddenly became obsolete since it was written in the pre-COVID era, and the world is no longer the same! Like so many, I have been dedicating a great deal of time to taking in the news and daily updates and trying to make meaning of them. I spend time reflecting on the implications of a news story, here and faraway; tomorrow and in the coming months. I go from the granular level – the impacts of lock-down for individuals, for different professions, and different age groups – to the community implications of the lack of sufficient resources or of prevention measures. And then there is the slow appearance of patterns and larger-scope consequences at the global and human levels.

Coincidentally, I have been in the final stages of preparing the manuscript of my next book, The Sustainability Mindset Principles – A Guide to Develop a Mindset for a Better World, to be published by Routledge UK later this year. The book is aimed at educators, and condenses more than a decade of research and practice for accelerating the development of a mindset to help collectively heal the ecosystem (us included) and flourish. Needless to say, in the midst of fast-moving COVID, I made a few revisions to the manuscript as I re-read it from the new perspective of the world we are living in today, four months into 2020. Reworking examples and references wsa easy, but what made me pause were the connections between the Principles for a Sustainability Mindset and the unprecedented experience in which we – all humanity – now find ourselves!

There are Principles that aim to develop a Systemic Perspective: Long-Term as well as Both-And Thinking, and Interconnectedness, and Cyclical Flow. These are key to developing a lens through which we can analyze information and make decisions for a more sustainable life on this planet. All the while, we are being instructed to follow strict emergency measures to contain the spread of the virus which forces us to act with the long-term in mind, by refraining from short-term gratifications, for example, meeting friends or gathering in a park. As I was writing, the news was highlighting global interconnectedness, in case we could not fathom how a sick person in the Wuhan Province of China could be a threat to someone in Puerto Rico, for example. We became conscious that the solutions had to be inclusive, both-and-style, because it is not possible to create win-lose situations, asking people to stay home and not addressing the ensuing loss of income. Graphs featuring curves, peaks, and flattening remind us of the cyclical flow of life, and give us hope that this, too, shall pass.

The Principles for a Sustainability Mindset that aim to develop certain aspects of Emotional Intelligence propose slowing down and reflecting more, developing introspective habits for increasing self-awareness, and unleashing intuition and creativity. We observe these now, overtly present in the Whatsapp messages and podcasts that circulate: even our busiest friends and colleagues are pausing, pondering the why, and becoming more insightful by the grace of having had to step off the daily treadmill. Space is being made, unsolicited, and where space emerges there are opportunities for new content. I am referring to psychological space, rather than physical: space in our minds and in our hearts. Boredom has opened the gates of creativity, and people are sharing their gifts and skills in countless ways: through music, art, services offered online, support, videos, humor, poetry, resources for parents, for children, for couples – you name it.

Then there are the Principles for a Sustainability Mindset that refer to our purpose: to the understanding of our Oneness with Nature and with all that is, and to Mindfulness. These have been difficult to contemplate in a business or a classroom context, despite that there cannot be a flourishing life without them. Well, you probably have seen (as I have) a surge in kindness lately, and how this time of danger and restrictions is making us ponder what is important for us, and revise how these values are expressed in what we actually prioritize. This is transformational learning in action.

And then there is 5G

You may have read about this new technology that promises high speed and hyper-connectivity – the Internet of Things for everyone and everywhere. This is a great example of the fact that our imagination outpaces our understanding, as humans are able to create new technologies without fully grasping its impacts and consequences. We have seen this before, when the Nobel Prize was awarded to the inventors of DDT, a pesticide which would be banned decades later because of its cancerous impact on human health. Or with the Chlorofluorocarbon gases (CFC) used effectively in insulation and refrigeration, which unfortunately created a hole in the ozone layer that protects life on earth from the solar UV radiation. Oops !!

Now, deployment of towers to support 5G coverage is the next example of ingenuity outpacing understanding. What are the health implications of being collectively exposed to higher radiation? We are going from mid-frequency signals, to less understood high-frequency millimeter-wave signals (24-47GHz). Skeptics believe this could result in effects ranging from disrupting human sleeping patterns to killing wildlife.

Others argue these are unfounded statements. In the United States, the Federal Communications Commission (FCC) says that there is currently no scientific evidence establishing a causal link between wireless device use and cancers or other illnesses. Although the FCC does provides information on simple steps to reduce exposure to radiation from cell phones. Along similar lines, the World Health Organization indicates that 5G networks are safe. As of January 2020, 5G towers have been installed in 378 cities across 34 countries. Simultaneously, however, the number of cities, counties, and countries banning or halting the installation of 5G towers is also increasing, either citing health risks or requiring further research before authorizing the new technology. The concern is “that wireless towers will turn the planet into a giant microwave oven, making emissions all but inescapable.” Despite Swiss-based 5G-pioneering corporations like Swisscom and Sunrise, the Swiss Medical Association has advised caution. As of this year, new EU guidelines allow its countries to restrict or ban high-risk 5G vendors from core parts of their telecommunication networks. The reason stated is not health-related but rather “cybersecurity risks to the 28 member countries.”

I was left thinking: if 5G antennas are effectively installed to cover the whole planet in one interconnected network, the impact- for better or for worse – on everyone’s life and decisions cannot be imagined. The impact might be risks to health, greater access to information, or the speed of transactions, espionage, and legal and illegal uses. The Internet on steroids! We can see what heightened innovation looks like in the unanticipated impacts of Artificial Intelligence on people’s lives, as an example.

So, going back to the experiential learning we are collectively receiving from COVID 19, what if educators could harness the wave of insights, the slower pace, and the reflective moments of students? What if educators would offer prompts to reflect upon and extract the lessons and wisdom that are being brought to our doorsteps? What if educators might try a few new approaches to their regular contents – now online- and insert questions that link theories and examples, and both of these to values? What if educators helped to extract meaning and wisdom from the drama we are collectively living, connecting it to their subject matter but including the dimensions of a larger purpose, asking questions such as “Why are we doing this anyway?”

I had a vision in which this unprecedented moment gives every educator permission to do something differently, taking advantage of the unexpected and exhilarating by-products of these difficult times. What if, like miners of wisdom, educators would become mentors and supporters of new insights, on how we can actually shape a better world?

And instead of a planet covered by towers emitting radiation, we educators would be the towers emitting hope and fostering imagination and mindfulness. We would join the already active “towers:” the millions of activists thought leaders, artists, grassroots members, and intellectual shamans, who are being the change they want to see. One conversation at a time, we will be creating what physicists call neurocoupling , the spontaneous tuning in to the same neuro-frequency, which creates a release of dopamine, serotonin, oxytocin, and endorphins – the “quartet of happiness hormones.”

I have no doubt we can rival 5G at creating the interconnectedness that will cover the planet. Making emissions all but inescapable, for good. 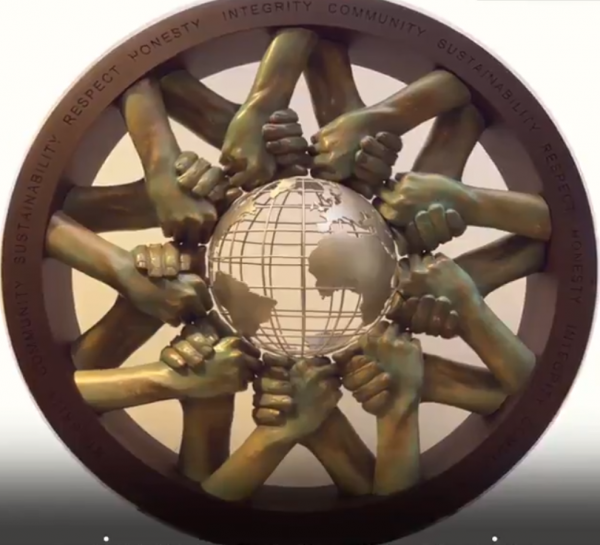