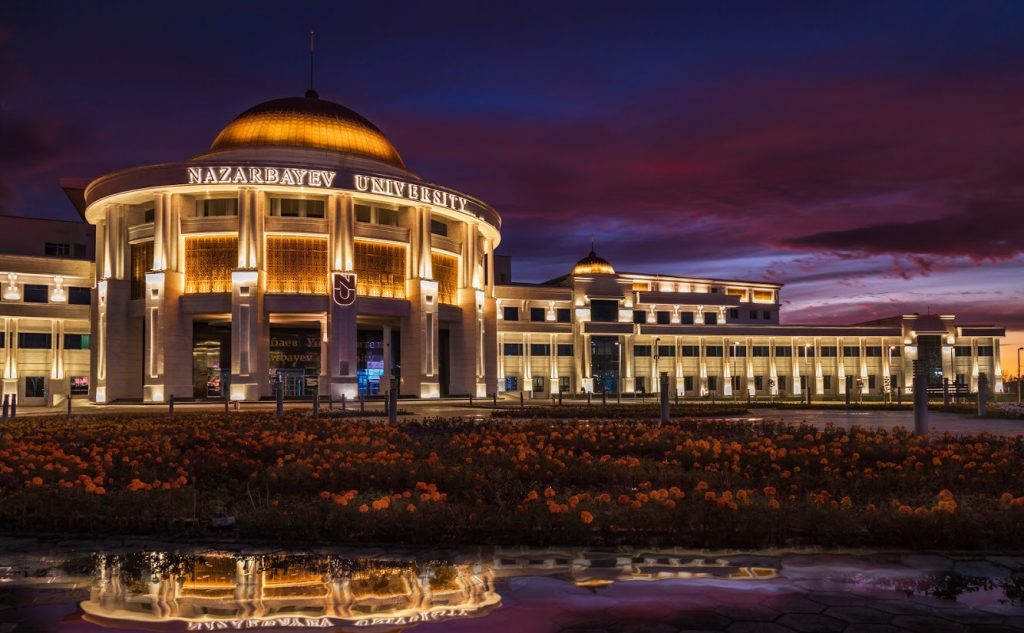 Ever thought of studying in Brighton rather than Budapest? Or Nur-Sultan rather than New York? PR experts Stephanie Mullins and Kyle Grizzell from specialist business education communications consultancy BlueSky Education explore the locations of seven business schools.

When deciding where to study business education, there are a number of cities that students might be drawn to first, due to their well-known association with all things business: London is often called the financial capital of the world, Berlin is considered a hub for entrepreneurs and start-up culture, and the US has a long history with business education, so many American cities may be popular destinations for business students.

However, Planet Earth is a big place, and there are many amazing cities you may not have considered that offer just as quality a business education and experience as any other:

The capital of the Scandinavian country, famous for its beautiful fjords and mountains, offers an attractive job market and low unemployment rate. Norway also consistently ranks amongst the top of surveys for best place to live. Many speak of the ‘Scandinavian leadership model’ which advocates for how equality and a flat hierarchy provide benefits for an effective workforce, a model which top faculty at BI Norwegian Business are incredibly passionate about.

If you are considering a career in the likes of renewable energy, telecommunications, or shipping, then Norway is also considered a world leader in all the aforementioned industries.

Pictured above and situated in the Kazakhstani capital is the Graduate School of Business at Nazarbayev University (NU GSB), a young institution launched only 12 years ago but which has quickly become one of the top destinations for higher education in the Central Asian region. This has led to the student and faculty body being incredibly diverse, with applicants travelling from all over the world to study there.

Newly renamed in 2019, the modern city of Nur-Sultan is a planned city with a fantastical skyline featuring impressive skyscrapers, set amidst a country famous for its rich history of tradition, nomads, and the Kazakh Steppe, a vast region of open grassland.

To further your international experience, the NU GSB also has a partnership with Duke University’s Fuqua School of Business in the US, enabling students to travel there for an international residency.

Similar to Norway, Finland is often ranked amongst the happiest places to live in the world, so choosing to study at Aalto University School of Business in Espoo could be beneficial for your state of mind, as well as your business education. Espoo boasts a thriving science community, as well as being the base for several major companies including Nokia, Orion Corporation, Neste, and more, alongside numerous successful start-ups.

Espoo also borders the Finnish capital, Helsinki, a hotspot for design and architecture with aesthetically pleasing, vibrant neighbourhoods. Helsinki has an inviting business environment and is part of the ‘Nordic ecosystem’; an innovative, stable, and functional business environment, well-connected with the rest of the world.

When thinking of studying in Italy, you may consider Milan for its fashion and design associations or Rome as the capital. However, the city of Turin, in which ESCP Business School has a campus, could be an invaluable destination.

Turin is a dynamic and attractive city home to many important Italian companies such as Accenture, Ferrero, Avio, Lavazza, and many more. The city is also renowned for its palaces, art galleries, restaurants, museums, and other places of cultural importance. Due to the multitude of parks within Turin, it is also considered one of Italy’s greenest cities.

A young campus that has experienced rapid growth, the Turin Campus has strong relationships with a number of national and international companies, including those based in Turin mentioned above. These strong links with the business community are one of the key characteristics of the campus.

Technically a city-state itself, Singapore is home to the Singapore Management University, a publicly-funded institution offering a style of education modelled after The Wharton School of the University of Pennsylvania. Located in Bras Basah in the Downtown Core of Singapore, the city-state is considered a global business hub and a thriving and efficient entry point to the Asian Market, with some of the world’s largest companies reaching across South East Asia by utilising Singapore’s location, infrastructure, and business-friendly environment.

Considered an innovative and competitive country, this could make Singapore an attractive option for studying business.

As mentioned, London is often considered the financial capital of the world. So, when studying business in the UK, doing so in London is almost expected. However, the UK has many other cities where students could achieve a fantastic and world-class education studying business, including Brighton on the south coast.

The seaside resort is home to The University of Sussex Business School which draws on management, economics, science, technology, and innovation studies to have an impact on the future of people and institutions around the world.

Brighton has been described as the UK’s ‘hippiest’ city as well as one of the happiest places to live in the UK. Almost a London by the sea, Brighton is a diverse and inclusive area, where almost anyone can feel represented.

When considering international locations to study, students may look at schools in the US, Europe, or Asia, but a continent often overlooked is Africa.

Wits Business School, part of the University of Witwatersrand, is located in Johannesburg, South Africa. Witwatersrand is an incredibly mineral-rich location, meaning the region is a source of a very large-scale gold and diamond trade.

Johannesburg is also one of the world’s leading financial sectors, an ideal place for industry growth, with business opportunities abound in this financial and economic hub of Africa. Mining industries and manufacturing businesses, as well as banking, IT, and healthcare industries, are just some of the thriving business sectors in the city. This diversity in sectors makes it an invaluable place to study business.