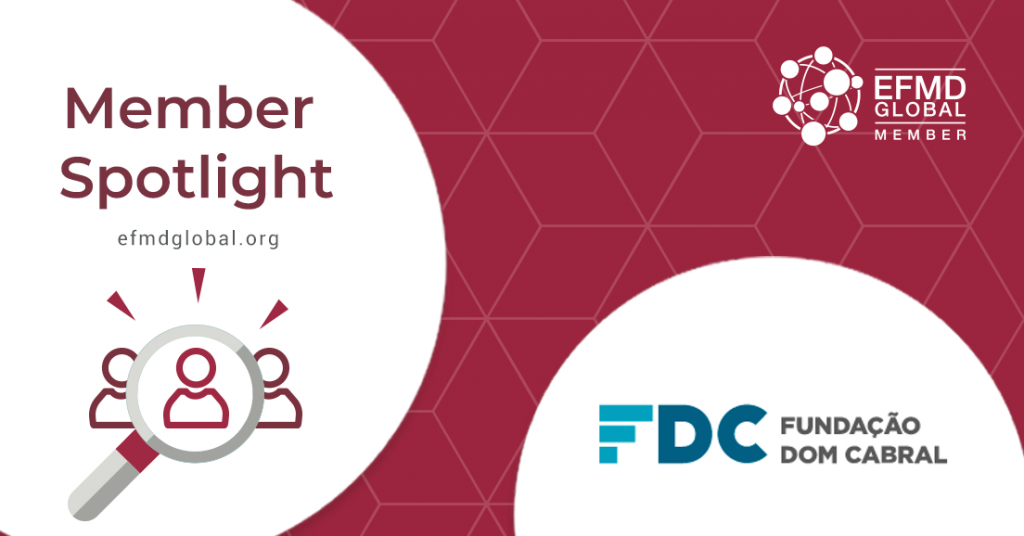 This Member Spotlight highlights Fundação Dom Cabral (FDC) and its social initiative, Imagine Brazil, which seeks to inspire and mobilise the development of a fairer, more prosperous Brazilian society. Thank you to Viviane Barreto, Executive Director of the International Advisory Council (IAC) & Associate Dean for Global Strategy, for the contribution.

For over 45 years, the Brazil-based business school has been working to contribute to the sustainable development of society by educating, developing and building the skills of executives, entrepreneurs and public managers. For FDC, business schools must play a key role in the development of society and its country. Recently, FDC made it clearer in its strategic planning, highlighting its three strategic intents:

One of the macro trends that influences society today is the increase in inequality and the social and economic exclusion of a significant part of the population. This trend is particularly relevant in Brazil, which is the 12th largest economy in the world but, at the same time, a very unequal country.

FDC’s key focus is to be a school positioned for the whole of Brazilian society – including contributing to public administration and the role it plays for social organisations. As part of this focus, FDC aims at consolidating knowledge generation, programme content, degree programmes, customized executive education, and reach out more proactively to the “base of the social pyramid”. For many years FDC has directed part of its revenues for a series of social initiatives, and in recent years there have been discussions within the Institution about how FDC can have an even greater role in the reduction of social and economic exclusion in Brazil. These conversations have led to the creation of a Social Center focused on the education of low-income entrepreneurs; education of young adults in vulnerable social/economic situations; and organisational development of NGOs that are focused on social issues. 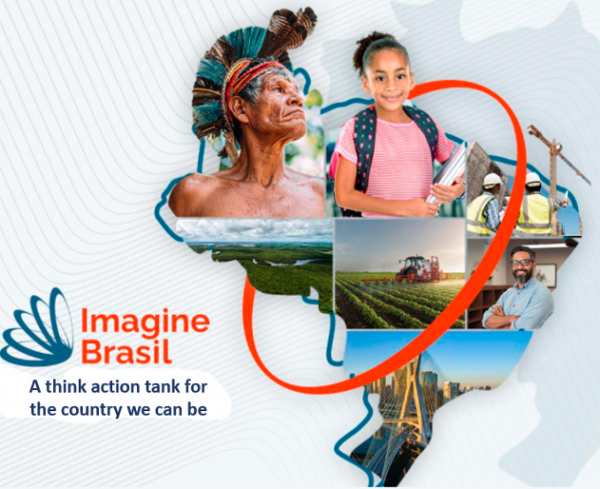 But Brazil needed more. In June 2020, an initiative evolved in the face of Brazil’s context, characterized by economic stagnation, social and economic inequalities, the devastation of the environment, pandemics, and Brazil’s political crisis. FDC’s Board of Trustees recommended that FDC, considering its experience and reputation, should play a more decisive and leading role in society and become a protagonist, influencing companies, governments and NGOs, and stimulating the dialogue, the elaboration of plans, programmes and proposals to help Brazil overcome its present difficulties. The goal was to act on the problems, working with society, partnering with those actions where there already are people and institutions acting. Join forces to gather critical mass and make things change course. That led to the creation of an initiative called IMAGINE BRAZIL, which FDC launched in August 2020, inviting leaders of different segments of society to think and talk about the Brazil Aspiration.

Through dialogue, debates, and research, Imagine Brazil initiative looks for a convergence of ideas and for characterising an aspiration towards the future of Brazil, which includes plural views on the different dimensions of the country and, at the same time, (ii) expands knowledge on relevant themes to advance a view that encompasses sustainable and inclusive development and conduct practical actions targeted at these same objectives.

Three principles were established that must be shared by all people who participate in the Imagine Brazil initiative:

From a conceptual and methodological point of view, Imagine Brazil follows the “Aspiration – Performance” approach, based on the concept first developed by James G. March and Herbert A. Simon in Organizations, and with important contributions from Henrich R. Greve, Organizational Learning from Performance Feedback: A Behavioral Perspective on Innovation and Change. On the one hand, it is about talking about an Aspiration, and on the other hand, about performance. Performance is what makes these dreams come true. Carrying out this journey between ideas and actions should be the engine for the advancement of Brazilian society.

Through studies and research, the team has been elaborating proposals along four axes, according to the Imagine Brazil Reference Model: Economic Growth and Productivity, Social and Economic Inclusion, Environment and Prosperity, Public Policy and Collaborative Governance. 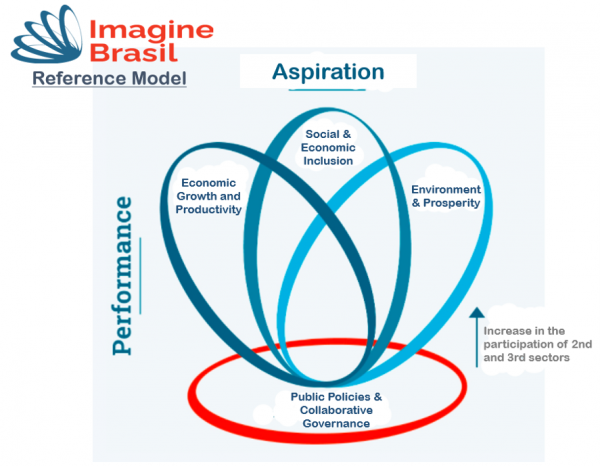 The journey is long, and FDC wants to call on everyone to join this opportunity to be part of it, either by showing personal experiences, experiences of your countries, supporting, advising, funding and giving international visibility to this initiative.

FDC has been an EFMD member since 1990. The school has been EQUIS accredited since 2007. In 2020, the school received an Excellence in Practice Gold Award, along with Unilever, in the Organisational Development category. Learn more about our Member Spotlight series here. If you are interested in participating in the Member Spotlight, please contact us.