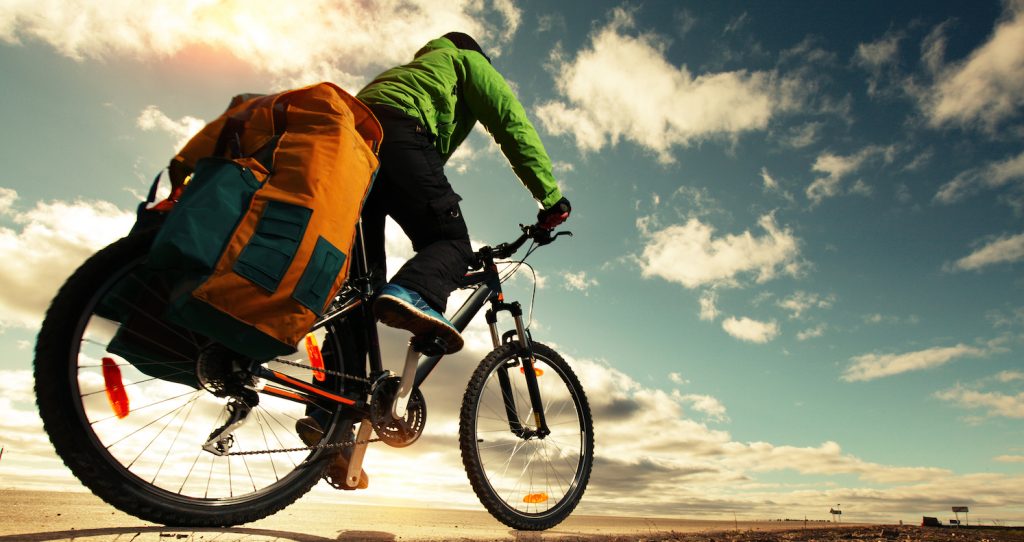 Greenhouse gas emissions from travel constitute 27% of emissions in the United Kingdom (UK Government, 2019) and also makes up a large percentage of emissions for Lancaster University. Over the last two years, a lack of travel due to the pandemic has given us all the time to reflect on how much we might travel in the future for business purposes. And if we plan to travel, how we make journeys also affect the greenhouse gas profile of travel.

With these things in mind, Adam Mitchell, the Marketing Manager for Lancaster University Management School, is going to attend the EFMD Marketing, External and Alumni Relations Conference (taking place from 27-29 June 2022) at Nyenrode University, Breukelen in the Netherlands and has been considering how to do so in the lowest carbon way possible. Here are some ways in which travel to/from the conference could be undertaken:

Adam has decided to go with the cycle-ferry-cycle option, partly because he is a keen cyclist and likes the challenge that this choice represents but also because the journey will highlight the sustainability of different travel modes, and to hopefully encourage others to think more sustainably when making travel decisions. Adam is confident that he can successfully undertake the cycle-ferry-cycle journey and is very much looking forward to an adventure on this scale. He is always keen to cycle the 30km between his home and work as it gives him the opportunity to integrate something he loves into the working day.

Adam’s goal in his sustainable journey 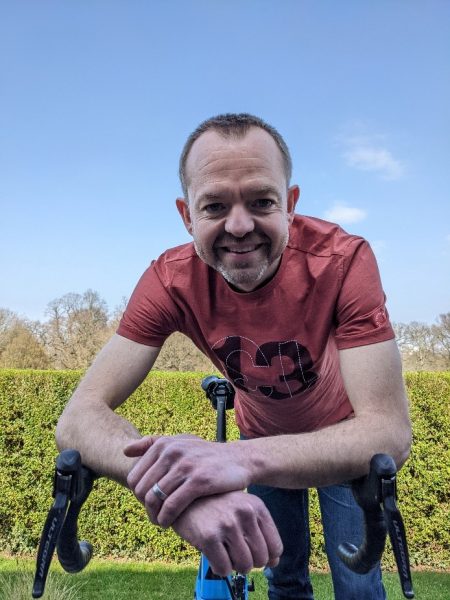 He told me: “I’m excited about this initiative for a couple of reasons. Firstly I’m looking forward to the opportunity of raising awareness of green travel for work and discovering, first-hand, some of the practical challenges around this. The opportunity of speaking at the conference will hopefully help delegates reflect on their own future travel options. Secondly, I’m looking forward to the physical task of covering the 280km between Lancaster and Breukelen (and back again), made all the more difficult through carrying my own luggage.”

He is also keen to draw attention to making more sustainable travel choices – when it is often cheaper to take a plane rather than a train: it is important that we all begin to consider the carbon emissions of our travel choices; especially as global warming remains an existential threat for humanity.

However, there are several logistical aspects to consider for making a journey of this nature. Obviously, Adam will need to carry everything he needs for the conference on his bike, requiring specialist bike luggage. Additionally, he will need to consider how to wash his cycling kit, as he can only carry so much. It might also be possible to post himself some clothes to his destination so as to make the cycle easier and the conference attendance stylish. However, this also increases the carbon emissions of the journey.

The scenarios below provide the carbon emissions for the four potential journey options that Adam could make.

The carbon emissions of the four travel scenarios have been used to determine the most environmentally friendly route. For reference, driving from Lancaster to Manchester Airport would release around 26 kg CO2 equivalent – more than the cycle-ferry options in total.

A middle ground travel scenario would be to catch the train from Lancaster to Breukelen, removing the particularly high emissions associated with non-greenhouse gas emissions, such as nitrogen oxides. These can react with other pollutants to form ozone, a harmful pollutant. This train journey would emit 33.816 kgs of carbon dioxide equivalent, nearly six times lower than making the same journey by plane.

However, considering that Adam is a keen cyclist, making the journey to Breukelen mostly by bike would be an ideal travel plan. Although strenuous, this could make significant carbon savings. The first scenario analysed was cycling to Newcastle, followed by a 16-hour sleeper ferry journey to Ijmuiden, then a final cycle to Breukelen. This would involve 147 miles of cycling, taking around 13 hours and would emit 18.544 kgs of carbon dioxide equivalent.

An alternative scenario would be to cycle to Hull, take an 11-hour ferry journey to Rotterdam, then cycle to Breukelen. This would require an additional 17 miles of cycling, adding around 3 hours of riding time but would emit 13.414 kgs of carbon dioxide equivalent, significantly lower than the other cycling scenario. Thus, it is recommended that this route is taken for its carbon credentials.

In researching this journey, I talked to an early adopter of travelling to conferences using a mixture of cycling and public transport. Dr Noel Cass, an academic at Leeds University (and previously at Lancaster University) decided to make the switch from flying to travelling by train and bike after the eruption of Eyjafjallajokull caused severe disruption to airspace across northern Europe, taking this as ‘a clear message from Gaia’ that we must reduce our carbon emissions from travelling. Since stopping flying, he has ‘attended conferences in France, Spain (Barcelona, Germany and Norway by using trains and then cycles locally, borrowed from friends in the conference city or hire bikes’. He notes how many journeys, such as Lancaster to Barcelona, can be easily achieved in a day.

A last word from Adam: “Arriving in Hull for the overnight ferry to the Netherlands will certainly be a relief as it’s the UK leg of the journey that’s the longest and hilliest part. I expect rain and wind but hope for sunshine and calm!”

Adam will be documenting the journey and the practicalities of it via social media – you can follow this on Twitter at @Adam78Mitchell. Let’s keep our fingers crossed that there’s no headwind!