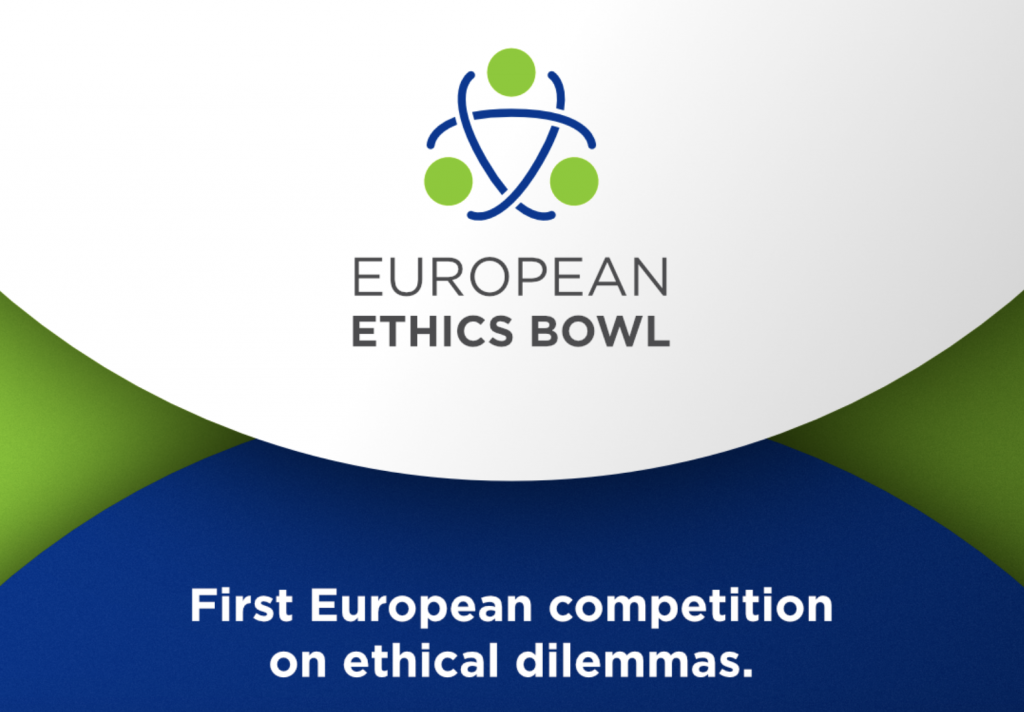 In EEB, students are presented with ethical issues in the form of concrete case studies. Students work together in small teams to solve the case and compete, first at the institutional level and then across institutions. In 2020, due to the COVID -19 pandemic, the process was adapted and organised virtually: Teams presented their views on the assigned ethical issues in a short video and were evaluated on their key messages, their answers to the key questions, and their accurate and analytical resolution of the ethical issues.

To facilitate a collegial dynamic and encourage students to engage in dialogue and learn from each other, each group in the competition was given a video from another competing group to peer review and ask questions to the other group on the day of the event. The two groups then met in an online debate, accompanied by a moderator and a panel of judges. The team that receives the highest score wins the competition.

This first European Ethics Bowl was limited to students from the founding partner institutions in 2020, but will be open to teams from all European universities from 2021. The EEB starts each year on Global Ethics Day (21 October) and ends on UN International Anti-Corruption Day on 9 December.

Due to travel restrictions caused by the COVID -19 pandemic, the 2020 competition was organised virtually by the founding members in Paris, Frankfurt, Luxembourg and Ljubljana. The first European Ethics Bowl was won by a team from the University of Ljubljana (Slovenia) at the final on 9 December 2020 at the EIB Institute.

Posted in Network news, Other and tagged competition, ethics