What picture of the world are educators sharing with their students, doomsday or evolution?

I am an educator focused on developing a mindset for sustainability with faculty and students, and I like to point metaphorical flashlights into the unseen corners of our society. My goal is to illuminate the connections of well-known facts (climate change, chemicals damaging our health, social inequities in our backyard, etc.), with our personal values, and our behaviors contributing to the problems. I am not alone doing this, and among academic colleagues, we often wonder how to avoid painting too depressing a picture of our world. The last thing we want is to push the young generation into despair, anxiety or into a defensive indifference.

So today I want to invite you to take a time perspective. What picture emerges when we observe our world not only as a snapshot of where we are now or the doomsday we are headed but as part of a time continuum, to capture trends and evolution?

Riane Eisler studied behaviors across civilizations and time and found a pattern of domination which she called “overpowering behaviors” based on race, gender, ethnicity, religion, politics or class. Yet over the past decades, significant shifts occurred in how we see or tolerate those overpowering behaviors.

Prejudice is not easily changed, but the attitude that “this is just the way things are” is no longer easily accepted or tolerated. When we see dictatorial behaviors and abuses of power in any form, we have reactions. The reactions can trigger protests, and even if a protest is not always effective, effectiveness is not the point. What has changed is that we collectively, as humans, are shifting to no longer accepting overpowering behaviors as the norm. Certainly, there are pockets in society across the globe who find domination behaviors justifiable, but I am inviting you to take a perspective that looks at trends across time.

“Life is animated by the power of evolution”, both inside ourselves and in the outside, states contemporary integral thinker Jeff Salzman. He reflects on daily events and he moves from the details of an event in the news to address the broader perspective by focusing on patterns and trends the events portray. It is about not getting stuck the bad news.

In a recent podcast he reflects on author Steven Pinker’s interview with CNN’s Fareed Zakaria. Are we living in the best or the worst of times? was Zakaria’s question. Pinker notes that from a historical perspective, we are on a path of prosperity, peace and progress. Because, he says, despite the evening news,  never before have human rights been so broad.

We can observe progress in many domains. In economic terms, Pinker shows how extreme poverty decreased over the last few decades. Take 1990: there were 35.9% living on less than US $1.90/day; by 2015, the number had fallen to 10%.  The Poverty World Clock, which focuses on the Sustainable Development Goal #1 of ending poverty by 2030,  keeps a constant account of how many individuals escape poverty and how many fall into poverty, showing the trend: while on any given day 11,000 people fall into poverty, 53,000 are escaping it.

Democracy and freedom show a similar pattern. Freedom in the World, an organization tracking democracy around the globe, indicates that in 1987, 34% of countries were free, a number that rose to 45% in 2018. There were 32% not free, decreasing to 25% in 2018. While we find a wave of authoritarian leaders around the globe, they come in a time when people are not standing by in silence. “World’s autocrats face rising resistance,” says Kenneth Roth, Executive Director of the Human Rights Watch, in their 2018 report.

Even stark critics notice the trend. New York Times columnist Nicholas Kristof, known for his bold articles decrying injustice and planetary challenges, took an unusual step in his first 2019 column, stating that 2018 was the best year in human history, as he compares where we are with where we are coming from. 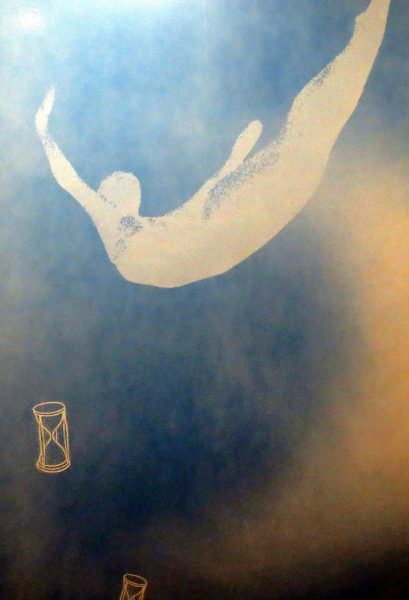 Information is expanding our consciousness

I like to describe this trend as a global expansion in our consciousness. The massive access to information that technology has brought to our lives is playing the role of an accelerator of awareness. We learn more about what is happening anywhere, in real time, and we receive it not just through public media outlets but posted by individuals with cell phones around the world. There are regrettably many instances of deliberate misinformation, but we nevertheless have massive reliable information to influence our thinking. And the more perspectives that are out there, the more our own points of view may be challenged, confirmed or dismissed. Which is uncomfortable, certainly, and we defend ourselves the best we can particularly when our sense of identity is attached to our points of view. But some things trickle through our own filters, and whether we want it or not, we are slowly changed.

Looking beyond the news

It is certainly difficult to distance ourselves from the hype of everyday events. The news thrives on them, and there are sufficient bizarre behaviors around the world to keep us disgusted, angry, concerned or panicking. The emotional responses that events trigger in us are a powerful motivation for taking action, and action is much needed. I am not advocating for indifference. What I think is that sometimes we remain trapped in the detail of the everyday drama, and forget to take a step back, or rather, take an imaginary space shuttle voyage to observe how things look from afar, in the larger picture.

The call to action remains, yet something is evolving when employees of Microsoft protest their company’s HoloLens military deal, which intends to use augmented reality to increase lethality in the battlefield, converting it into a game that distances soldiers from their victims. “We have not signed up for that”, and it doesn’t respect the company’s mission statement. Or when a 15-year-old can stand in front of world leaders, and challenge the industrial paradigm of the last 150 years.

As Jeff Salzman would put it, evolution is not pretty, but it is beautiful.