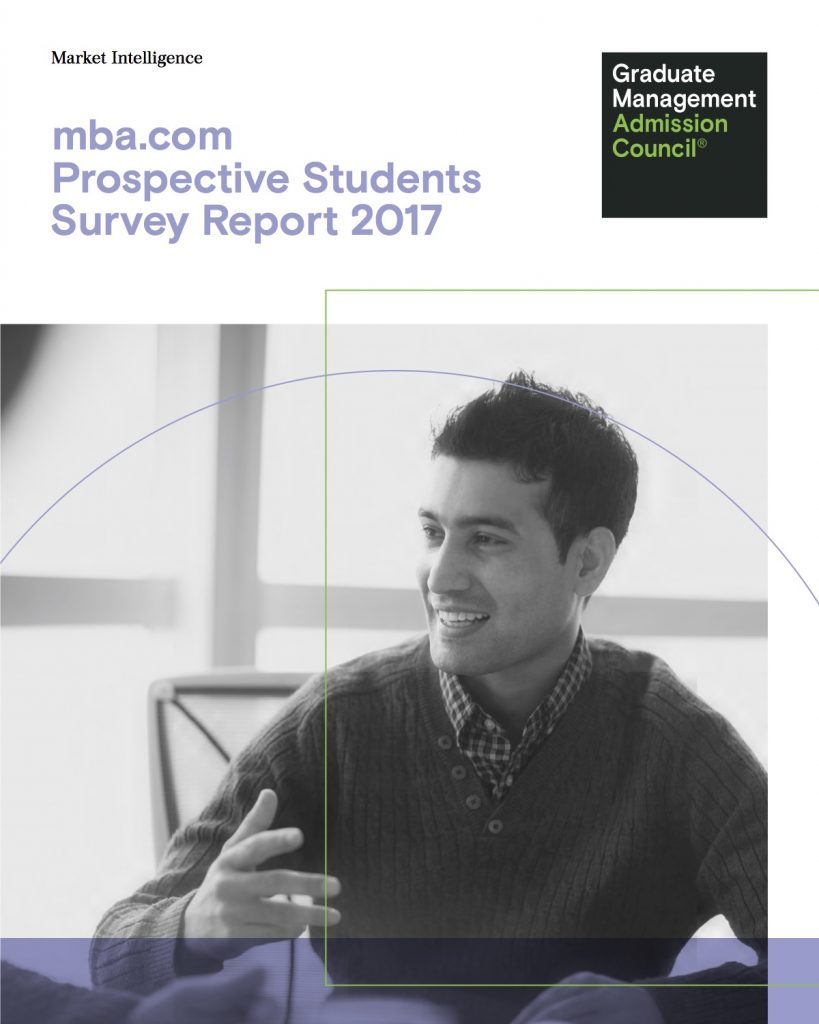 New 2017 GMAC mba.com Prospective Students Survey Report shows many candidates with a prior business master’s degree are considering an MBA.

Three in 4 prospective graduate business school candidates who hold a prior master’s degree are considering enrolling in MBA programs, according to new research from the Graduate Management Admission Council (GMAC).

Other key findings include:

US Remains Most Preferred Study Destination Though Candidate Preferences Are Shifting

Recent shifts in immigration policies may impact candidates’ study destination preferences in 2017. Anticipated changes in US immigration policies and last year’s Brexit vote in the United Kingdom may make it more difficult for non-citizens to obtain student visas to study in those countries or to obtain work visas after graduation to seek employment, one of the main reasons for studying in those countries.

In the aftermath of the US presidential election results, the percentage of non-US citizen mba.com registrants who say they are now less likely to study in the US has grown from 35% in November 2016 to 43% in April 2017.

Early indications are that the British Brexit vote to leave the European Union may negatively impact international candidate demand to apply to U.K. business schools. In December 2016, among nearly 1,300 non-UK GMAT test takers surveyed about the Brexit vote, 45% indicated that the Brexit vote has made them less likely to study in the UK.

The two most important financial aspects that candidates evaluate when deciding where to apply are total tuition costs and scholarship availability. Compared with 2009, candidates, on average, expect to cover a greater share of the cost of their education with grants, fellowships, and scholarships and a smaller share with parental support, loans, and employer assistance.

Analysis in the 2017 mba.com Prospective Students Survey Report is based on survey responses provided by 11,617 individuals who registered on mba.com between February and December 2016. To download the full report visit: gmac.com/prospectivestudents. For supporting graphics, visit the GMAC News Center.